Articles, BLOG, What to drink

It is good moment to gather first information and opinions on vintage 2015. The work in the vineyards of Europe is done and now it is all down to the winemakers. It is far too early to judge the quality of the wines as those are just being made but let’s check what the industry says about the fascinating 2015.

In general the vinegrowers of Europe slept well. Weather conditions were good with no major dramas. A heatwave that hit the old continent in June and July considerably reduced the yields but the concentration of the fruit in wines should be incredible. I am pretty sure that the bold fruit is the characteristic that will define wines of this year. The summer with heatwaves make 2015 similar to the famously hot 2003. The winemakers across the continent agree that 2015 has much better balance as they managed to capture the acidity on much higher levels. 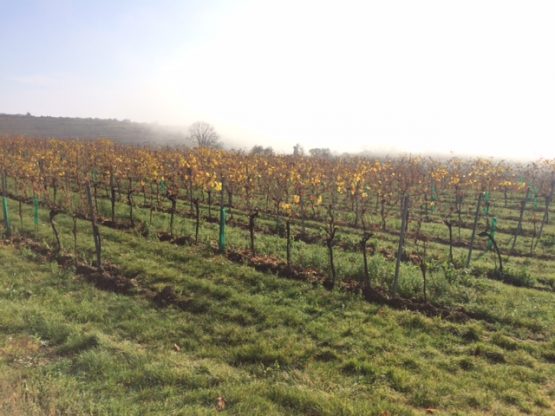 Champagne region enjoyed hot and dry summer with rainy August which balanced all the parameters and allow uniform ripeness. Despite the heat producers insure us that the acidity levels will be sufficient to keep the wines fresh and zesty.

In Burgundy was nearly stress less. After a few hot weeks and the driest July on record since 1949 cool August arrived and balanced off the vintage. Some compare 2015 to the amazing 2009 but apparently the wines from 2015 should be much more fruit driven. Unfortunately some hail occur in the far north of the region and devastated nearly 100 hectares vineyards of Chablis.

In Bordeaux grapes have ripen in perfect conditions up until the September rain which caused some mold in the vineyards. Overall vintage 2015 is to be very good but not exceptional. Producers of Sauternes and Barsac happily admit that the development of the noble rot in the vineyards this year was remarkable.

Rhône Valley experienced one of the earliest harvests on record. Similarly to Burgundy here August was colder and saved the vintage. In the Southern Rhône vignerons worried that Grenache will not ripen fully. Those who took the gamble and waited despite the bad weather forecasts will make the best wines.

Italian producers say that 2015 is looking promising. They admit that July’s heatwaves combined with lack of rain forced them to irrigate but no big dramas happened. Cool September has rounded the vintage off, lifted the acidity and let the grapes to ripen fully as the heat slowed the ripening process.

Port makers have been waiting since 2011 for another great vintage to declare. It looks like so far 2015 is meeting all the expectations. Hot and dry summer sped up the harvest and even Touriga Nacional which ripens very slowly was ready to be picked at the end of August.

Spanish producers started harvesting 2 weeks up to 1 month earlier than usual. In July temperatures during the day were rarely dropping below 40 Celsius centigrade and sped up the ripening process. Winemakers say that is still too early to judge the quality of the wines but they are happy with the material they have to work with.

German producers are very optimistic and highlight the fact that the vineyards took the heatwaves very well indeed and produced high quality fruit. The only downside is the fact that the yields were 10% lower than usual.

Only time will tell how the predictions accurate were. Let’s give the wines few months to settle in the bottle and then let’s check the quality and the real potential of 2015 vintage.